by Renegades Of Jazz 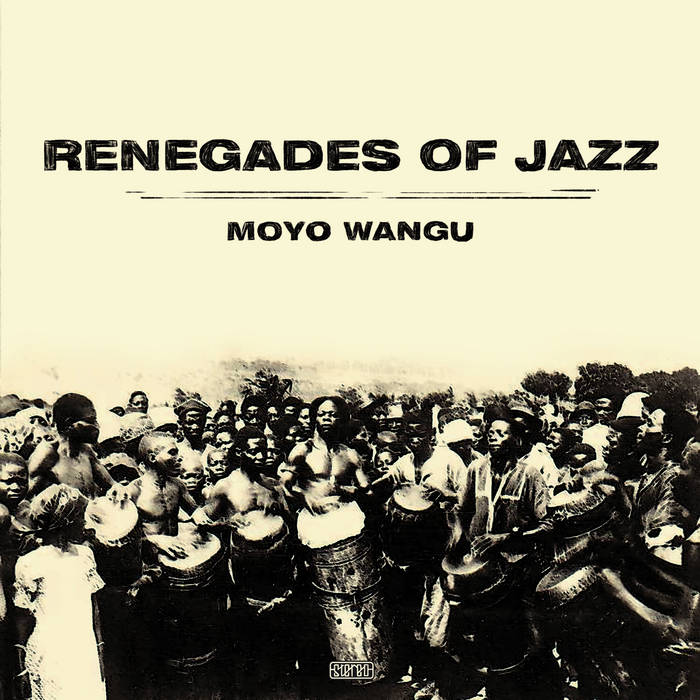 Josh Donald There is no other way to comment on this release than this......

FREAKING SUPERB!!!!! This has so many elements of old school jazz but with a ton of Afro influences and also some new school ambient thrown in there.

I dig this band. You should too!!! Favorite track: Moyo Wangu feat. Hugo Kant.

Joelism David's musical touch is something unique and rare in the flood of producers doing their thing these days. Been an avid purchaser and follower since his first release many moons ago, I am once again satisfied on the soul level with Moyo Wangu. Truly from the heart to the heart. Thanks for another peal David!

It's the year 2016 and David Hanke, widely recognized under his moniker Renegades Of Jazz, is back with his third full-on longplay effort entitled 'Moyo Wangu'.

After his conceptual and darker approach to his last album 'Paradise Lost' released in 2015, we see Renegades Of Jazz explore the world of Afrofunk here, a world David Hanke is deeply linked to since he spent an influential part of his childhood in Arusha/Tanzania in the early 1980s.

Due to being exposed to the sound of this East African metropolis throughout his early childhood days the love for any kind of African rhythm signatures and vibes has stuck to this day and is now reflected in the twelve tracks on the album 'Moyo Wangu' - a Swahili expression that translates as 'My heart' and perfectly describes where his heart is at.

Already having introduced the audience to his love of all things Afro with the exclusive non-album track 'Tempo Tempo' that was featured on the 'Hits Agogo One' compilation earlier this year as well as with the first single release of the album 'Afro Cookie', a modern Afrofunk anthem with a distinctive twist that does not only refer to David Hanke's personal linkage to Africa but also can be seen as the origin and starting point of the musical journey we're about to experience here.

'Moto Moto' musically depicts the hot, vibrant feel of a jam-packed dancefloor throughout an amazing night out, 'Beneath This African Blue' brings on sweet midtempo grooves and the captivating 'Harambee' (Let's work together) reflects the rhythm and reiterativeness of working together featuring the brass section of the Los Angeles-based Jungle Fire outfit who add their special heat.

The albums title track 'Moyo Wangu' caters uplifting Afrofunk at its best and sees Marseille-based producer and multi-instrumentalist Hugo Kant delivering some thrilling flute action with a Jazz-infused twist whilst 'Them Who Walk Slow' is on a more laid back and tropical tip.

With 'Karibu Tena' - Swahili for 'Welcome Back (Again)' – David Hanke returns to his spiritual home in a joyful, polyrhythmic way, 'Zebra Talk' is another collaborational effort featuring producer and multi-instrumentalist Kabanjak, also known for his works on other projects like Deela and as part of the Ancient Astronauts duo. The touching vibe of 'Jamboree' resembles the overwhelming joy and heartfelt spirit of gatherings and festivities.

'Majirani Yako Kelele' works bubbling dancefloors with a complex swing, 'Jazz Makossa' amalgamates influences taken from highly Jazz-infused Makossa music and their traditional call & response techniques to a thrilling effect and finally 'Prison Island' concludes the album with a sweet yearning and laid back melancholia referring to the legend and history of a small island, also known as Changuu or Kibandiko, located only a few miles off shore of the beautiful Zanzibar Archipelago.

Raw and heavy produced music, fusing Jazz with Breakbeat elements, bringing the Jazz back to the dancefloor.

Bandcamp Daily  your guide to the world of Bandcamp

Cannibal Corpse's George "Corpsegrinder" Fisher stops by for an interview