← more from
Agogo Records
Get fresh music recommendations delivered to your inbox every Friday.
We've updated our Terms of Use. You can review the changes here.

by Renegades Of Jazz 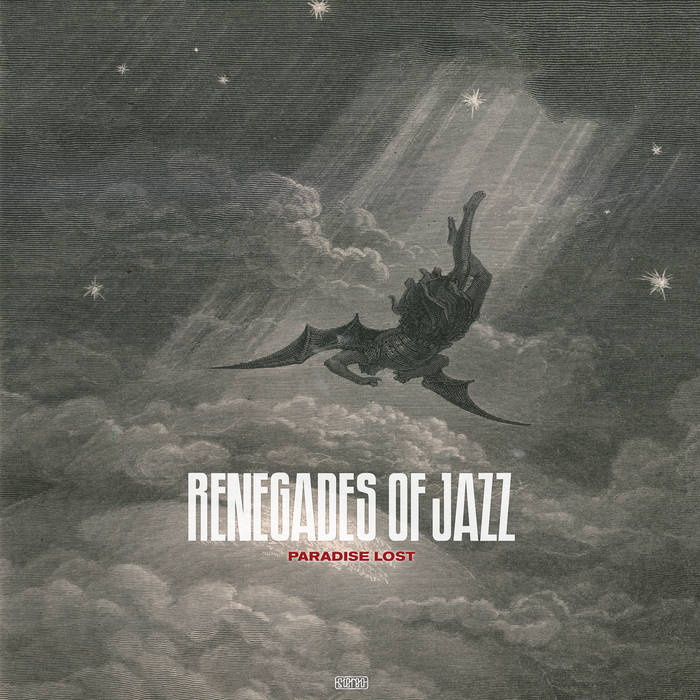 Dan Tolomeo An eclectic mixture of great tunes that somehow come together and form a coherent, well built album. I get something different out of it each time I play it. Probably why it's taken me over a year to write this review! Hang on, a year? Does that mean we're due another album then? Favorite track: Hellesens feat. Dylan Kennaway.

Alexi How this album isn't a big deal on Bandcamp is beyond me. Renegades Of Jazz developed an exceptional sound that is renowned for its bombastic arrangements. This is more than just incredibly danceable music. It's Renegades Of Jazz in a league of his own. Favorite track: Haunting The North.

With his second album „Paradise Lost“, Renegades Of Jazz opens the doors to a new personal und musical perspective. „I’ve been to paradise and then lost it,“ says David Hanke, head of ROJ, about his new collection of songs. „I guess I can speak for many others who have been thrown out of their personal paradise.“

The inspiration for the twelve tracks on „Paradise Lost“ goes way back into literary history. „I bought a 19th century edition of John Milton’s epic poem and was thrilled by the story of fallen angels, death, the evil and the devil. They have Gustave Doré’s illustrations, and I was totally entangled by their sheer presence. That’s how I wanted the album to sound like: Dark, mysterious and unpredictable.“ For David Hanke „Paradise Lost” is also a kind of coming home. He spent his childhood growing up in Tanzania/Africa surrounded by native African music. When his family returned to Germany, he pursued this interest by listening to his parents' record collection. In the 1990s Hanke got infected by the Northwest-Rock explosion, which ruled his teenage years. Then he discovered the world of sampling and fell in love with Funk & Soul. After teaming up with Deli-Kutt as Mash & Munkee he started Renegades Of Jazz in late 2009, finding inspiration in his grandmother’s vintage jazz records. His debut album “Hip To The Jive”, along with several singles and EPs, was released in 2011 on Smoove’s Wass label in the UK. In 2013 ROJ took over the DJ residency in Hamburg’s legendary Mojo Club. The music of “Paradise Lost” has been there all the time, somewhere, “but now, at last, I had the chance to record and release it.”

„Paradise Lost“ kicks off with „Haunting The North“ a sinister instrumental trip full of disturbing and haunting sounds. „The album was mostly recorded during dark winter nights. The process was actually a lot of fun, even if it may not sound like this. When you get the creeps during your own recordings, there is something special going on for sure,“ Hanke remembers. When “Paradise Lost” is melting into the futuristic, orchestral title track it is obvious that we are on an intense and captivating journey, joined by an impressive list of guest vocalists going through a whirlwind of emotions. „Flemish Cap“, for a start, features the voice of Karin Ploog. „Karin is amazing,“ Hanke explains. „She is a respected vocal teacher, won several awards for her work in opera and theatre, travelled the world and is truly inspiring.“ Having Jane Kennaway as the second guest vocalist on „Paradise Lost” is a little bit of a dream come true. „She has this fantastic raw voice and incredible dynamics. Jane was on the rise to being a UK pop star in the 80s, but was stuck in frustrating major company politics. I am so happy to have her here.“ The lyrics of „Neverday“ were written by Hanke himself and pay homage to the long DJ nights ROJ play around Europe „which you sometimes wish should never end.“ The appearance of Jane Kennaway’s son Dylan on „Hellesnes“ proves that “Paradise Lost” is actually a family affair.

„Aspects are rappers in the true sense of the word and they also are perfectionists.“ To have the Bristol gang in his family of collaborators for „Paradise Lost“ makes ROJ extremely pleased, „Fire“ is also the first single from the album. Nigerian born Chima Anya, aka The Doctor, is a fresh face on the British rap scene. „It is great to have these powerful HipHop voices on the album, they bring in a kind of immediacy and urban roughness,“ Hanke smiles. Then there’s Greg Blackman, a multi-skilled talent who worked with DJ Vadim and Mr. Bird. „He is dark and full of soul at the same time, which is a pretty hard thing to achieve. I love the facets in his voice and I never got boring while putting his words to music during the long and often tiring procedure of production.“

So here we go. Being far more than a coming of age, a mature set of work and simply a smart production, “Paradise Of Lost” is a rare treat on the German electronic music scene. The album travels way beyond the genre’s limits. It is as much club music as it is made for the cinema, as much suitable for a private listening experience as for a large audience on a theatre stage. “Paradise Lost” is a gift to the listener, offering space for new emotions with every listen.

Raw and heavy produced music, fusing Jazz with Breakbeat elements, bringing the Jazz back to the dancefloor.

Bandcamp Daily  your guide to the world of Bandcamp